This time calculator allows you to add/subtract two times. Just like any other numbers, you can add or subtract times as well. However, because time is defined differently, it is different to perform time calculations.

How Time Is Measured?

Two different types of measurements exist today when it comes to measuring time. They include the clock and the calendar. These time measurements are based around sexagesimal number system in which 60 is the base. The origin of this number system lies in ancient Sumer inside 3rd Millennium BC. The Babylonians were the first to adopt this number system. Now it is used in its modified form to measure time, angles and the geographic coordinates. The use of base 60 is due to the status of number 60 as superior highly composite number that has 12 factors. This type of a number is just some natural number that has many more divisors when it's relative to some other number and scaled to one of its own power. With all the factors that number 60 has, it can simplify quite a few fractions that involve sexagesimal numbers. Besides, the mathematical advantage of the number is amongst many contributing factors as to why it is used today. For instance, 60 minutes or 1 hour can be divided evenly into 30, 20, 15, 12, 10, 6, 5, 4, 3, 2, and 1 minute and this illustrates the reason why sexagesimal system is used for measuring time.

What Timekeeping Devices Were Used Initially?

The devices that were used initially to measure time used to be highly varied according to location and culture. Generally, these devices were actually meant to divide day/night into various periods that could be used for regulating religious practices or work. They included candle clocks and oil lamps that were used for marking time passage between events instead of actually telling what time of day it was. Another one was water clock which, arguably, is most accurate among all ancient clocks. This clock worked with regulated water flow into or from a container where water is measured for determining passage of the time. In 14th century, the hourglasses first came to the scene and they actually worked like candle clocks and oil lamps. In the end, when the accuracy of clocks increased, they were put to use for calibrating hourglasses and measuring particular passages of times.

Christiaan Huygens created first ever pendulum mechanical clock in 1656 and it was first clock ever that was regulated by natural oscillation period mechanism. The clock was later refined by Huygens for limiting the errors to under 10 seconds every day. However, these days, atomic clocks tend to be most accurate clocks that can be the modern day time calculator. These clocks make use of electronic oscillator for tracking time passage depending on the resonance of cesium atoms. While there are some other atomic clocks that exist, these cesium ones are most accurate and the most common ones around.

But when it comes to adding or subtracting times, regardless of the application, a reliable time calculator is needed like this one here. Let's find out how this time calculator works. 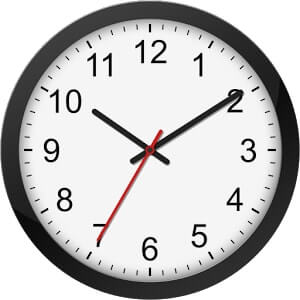 How This Time Calculator Works?

The working of this time calculator is pretty simple. As mentioned earlier, the calculator is designed for adding or subtracting time. The calculator requires you to enter two time values that you want to add or subtract. For each time value there are specific fields given for day, hour, minute and second. Enter all the units of time in order to perform the calculation. Remember here that Day doesn't mean the date of a month rather it refers to the number of days that have to be added or subtracted. Once you have entered all the values, select the operation to be performed from the given list. The list only contains addition or subtraction sign to perform the respective action.

So, use this time calculator for adding times or subtracting them for whatever application. The results are accurate and are shown instantly. You'll really find it a healthy tool in your time calculator.